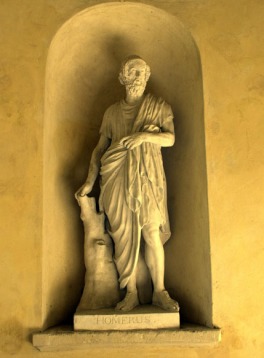 I have one of those in my house—a niche. It’s carved out of the wall at the end of a short hallway. Not much fits there, but I placed a tall pottery vase that is flattened from front to back so it nestles in the space just right.

And boy, is it showcased.

Isn’t that what we authors are supposed to do? Find a niche for our work? An audience where it’s showcased rather than one of many similar, cluttered objects where none stand out.

I suppose those are extreme examples, but books can’t yell for attention like humans can. How do I find the audience(s) where my novels might catch fire, so to speak?

I’m thinking out loud now. Thanks for sticking with me.

My YA novels in the Bird Face series use humor and hope to address serious issues facing teens today. Each novel addresses at least a few. It’s the way I like to write stories, with my protagonist facing multiple issues and crises that are intertwined.

So, how do I find a niche for those books?

Right now, I’m looking for teens with particular challenges or areas in teens’ lives where certain types of stories or characters are lacking. Stories featuring a teen that is hearing-impaired are hard to find, for example. So are those with Catholic teen characters.

I wrote my first book because I care about kids who are shy or bullied. It’s fiction that contains elements of Christian faith, and the half-Cajun Wendy naturally became Catholic because all the Cajuns I knew were Catholic.

I wrote my deaf teen character Sam in my second book because I care about hearing-impaired teens. A good friend in my twenties taught at a school for the deaf, and she shared her experiences.  I grew up not understanding much about the hearing-impaired children I met, but I later worked around hearing-impaired adults, who referred to themselves as deaf and who became my friends.

Like an ethnic group, both hearing-impaired and Catholic teens like to see characters similar to themselves occasionally depicted in the fiction they read.

I’ve decided to try target-marketing to both Catholic teens and hearing-impaired teens (as I continue to market to all teens, Christian and non-Christian). I know, I’ve selected two niches, but I’m still figuring this out.

Anyway, that’s my plan for today.

Are you an author struggling to find your niche? As a reader, are you attracted to specific religious aspects of story or social issues in story lines?