The sun peeks through the trees as I glance about the quiet, old neighborhood in the town where I was born. From across the street, I snap pictures of the house where my mother lived when she gave birth to me. Most likely in that very house or maybe in the small block building in the backyard.

I lower my camera as a car drives by then cross the street for a closer look. I’m drawn to the left of the house where, from the sidewalk, I peer across the yard through trees, bushes, plants, and other greenery to the property behind. The rear of two light blue buildings—a garage on the right, the house on the left—are visible through the foliage. But from this spot, I can’t quite make out the back door where I was found on November 17, 1963.

The lump that swelled in my throat when I first turned onto Superior street has melted. I drove by the house without realizing it which kind of ruined the moment. When I circled back around, the dissolved lump did not reform. I’m not sure what I feel.

As the sun warms my back through the thin jacket I needed earlier but could easily shed now, I try to imagine that day long ago. I look around, wondering how much of this vegetation existed back then. Of course, in November, the leaf-less trees would have offered a much clearer view of the neighboring property. Yet it would have been dark and cold at just after 5 a.m. A shiver ripples through me, and I pull the jacket closer.

A couple cars pass. I snap a few more pics, deciding I’ve seen all there is to see. Anyway, I don’t want to rouse the suspicion of the current residents who might question my fascination with the quiet neighborhood in general, their property in particular.

The “official tour” of my hometown, guided by my maternal half-brother, will take place next Saturday. But since a writing related event found me here now, a week early, I welcome the opportunity for a few private moments to absorb it all. To wrap my head around such a complicated series of events. If only that were possible.

Some seven months after the fairly conclusive evidence that she was indeed my mother and four months after the solved father mystery sealed the deal, I’ve yet to grasp it all. Maybe any of it.

While my half-brother has filled in many details about the family, about her as a woman and mother and her life experiences, there are a frustrating number of unanswered questions for both of us. Things we’ll never know. Details that can never be filled in. Questions that will forever remain unanswered. 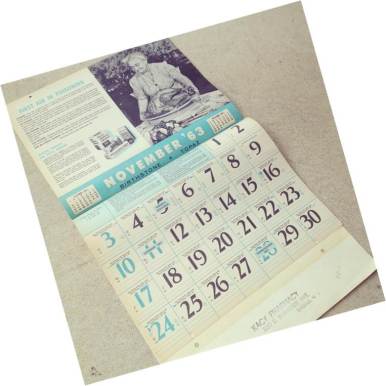 As we make our way through the now less-unfamiliar neighborhood, I drink in the details of my mother and half-brother’s life through the tidbits he shares. He parks across the street from “the” house, then green shingled, now boasting tan siding with brown trim. “That was my room.” He points to the upstairs window facing the street. He remarks on the block building (mentioned above) that he “helped” construct at the tender age of six.

Just one house stands between this one and that of her then best friend—the one person we can imagine having shared the doorstep baby secret. If only we’d started looking before this woman died in 2015.

We meander past Grandpa and Grandma’s house, just a couple blocks away, around the corner. A home well-loved and remembered by my brother yet foreign to me.

When my mother remarried in 1969 to a widower with five children, they lived a couple blocks up the same street in a spacious house on the corner. I would have had two step-brothers and three step-sisters.

A brief stop in front of the home where I was found leaves us all at a momentary loss for words.

Then it’s on to the local cemetery, to a picturesque setting under a large tree. The family of four—my grandparents, my mother and her brother—rest on either side of one headstone, with flat place markers noting the placement of each body.

With the warm breeze whisking around us, we stroll about. My brother reliving the past that now includes a huge secret. Me trying to grasp every detail of the journey that brought me to this place. More stories flow from his memory, unleashed by the nearness of his closest relatives, no doubt. We snap pictures, capturing the moment.

A bit more circling about town brings the tour to an end with lunch at a long-time establishment. As we part, half-bro comments, “I guess we could’ve walked from one backyard to the next but . . . ” His tone clearly says, “Maybe not.”

I shake my head. Maybe not indeed. Not only would we have garnered far more attention than we wanted, just no. I made it through the day without crying, but that would have pushed me over the edge. Not tears for myself but for her, the mother leaving her baby.

I cling to the thought that maybe, just maybe something like this happened.

Birthmother to someone associated with the police, welfare department, or court system: “I wonder whatever happened to that baby, you know, the one the newspaper said was left on the doorstep.”

Someone in the know: “Oh, the baby was healthy. She stayed in the hospital a couple weeks then a nice couple adopted her.”

A measure of closure. A bit of peace to ease her mind.

We go back to our regular, normal lives, each left to ponder the reality of her secret. The very certain fact she never dreamed her son would years later receive a letter from the baby she placed on the doorstep.

The “who” answers have left weighty “how” and “why” questions in their wake. What was once a mystery to be solved has morphed into a reality rife with raw emotions and impossible to grasp realizations. Like how without her, I would not be here, yet I’ll never know her or the impact of my existence on her life.

I always understood how this was not the kind of story to be told to a young child. But now, that truth is magnified a thousand times as so many complexities have come to light.

In the last couple weeks, the reminder has pressed closer that this story is not mine alone. I’ve even questioned whether the secret she took to her grave should have remained undisclosed. But the prompting that One far wiser than me has guided this journey, soothes away most of those misgivings.

In the meantime, I’m connecting with my birthfather and his family—my birth stepmother, my aunt, two half-brothers, one half-sister, two adopted sisters, and two first cousins as well as various nieces and nephews. His family happens to number considerably more than that of my birthmother’s–her only sibling neither married nor had children. Of course there’s the reality that on his side, it’s an entirely different scenario. “Hey, look, a child I never knew about,” doesn’t even compare to her secret baby situation.

Even though I can’t yet answer the “Why now?” for the revelations falling into place at such a time as this, I still believe there is meaning and purpose to the timing. So, I’ll be ever vigilant to GOD’s continued intervention and direction. And strive to be content with the answers I do have rather than fret over those I don’t.

Next July in my state, adoptee birth records will be unsealed. Although this action would not have helped me, thousands of “traditionally” adopted persons will finally have access to information about their birthparents. My advice to one and all?

Toss out all expectations and preconceived ideas about the “who, what, when, where, how and why” and prepare yourself to discover truths stranger than any fiction author could conjure up.

And please oh please, realize you did not and cannot now walk in the shoes of those who made those long ago decisions. So, try very hard not to judge.

Remind yourself that your story impacts more than just you and that others will have different perspectives.  Tread lightly. Be kind and compassionate.

Stay tuned. I’ve a feeling this journey is not yet over.

Beth is passionate about seeing GOD at work in the “slices” of every day life AND about the saving of sex for marriage. She believes strongly in accountability and mentoring and considers herself a cheerleader for “renewed waiting” too. Because SEX is worth waiting for. She’d love to hear from you! Comment here OR email her at  waitingmatters@gmail.com. Connect with her on Facebook at Beth Steury, Author.