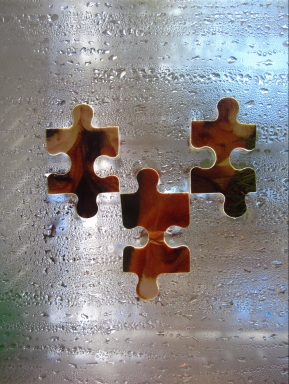 Two weeks ago today it happened. A new, very close match popped up on my
Ancestry.com DNA results. Admittedly obsessed with checking our results daily, somehow neither my daughter nor I had checked for new matches before 1:15, maybe 1:30 in the afternoon that day. Unheard of.

But as we finished lunch, I did a quick perusal of our account before settling into other matters and there it was. There she was. An aunt or half-sister. With just a few key strokes, we knew she was a match on my birthfather’s side. And she’d already discovered us and left a message including her phone number with an invitation to call her.

The next two hours were a blur of friendly conversation and discovery. A brief retelling of my doorstep beginnings, including the city and the mention of my birthmother’s name, seemed to unlock the mystery. She announced that she must be my aunt. And she was thrilled.

I was speechless. Not only had the discovery of my birthfather dropped into my lap, but he was alive.

Hold that thought while I back the story up a bit. Remember the DNA test my very-probable half-brother and I submitted in December to look at the specific DNA mothers pass on to their children? The results delivered the last day of January further corroborated all the other evidence. We had as much proof as we were going to get without her to confirm her role in my existence. Unless we found my birthfather.

As the last piece of the puzzle, he might be able to verify the case we’d built although that seemed a long shot for several reasons. First, we had no close DNA leads. Second, he may have known nothing about a pregnancy, a baby girl, or a doorstep. And last, he too was likely to have passed.

Still, I strapped on a go get’m attitude, printed a stack of family tree charts and determined to find the common ancestors among my third and fourth cousin matches, whose number hovered just under 300,  approximately half of whom related to my birthfather’s side. I was in the midst of deciphering how three particular matches related to each other when this new aunt appeared on the scene, possessing clues that pointed to her brother being the last piece of the puzzle.

Now back to me being speechless—which almost never happens. I’d convinced myself that if I was extremely lucky, I’d maybe find a person who had been in the right place at the right time who could possibly fit into the last puzzle piece space. Someone whose involvement could possibly be confirmed via the testing of others—maybe more half-siblings—because he would no longer be living.

But he was alive and well and considerably younger than my mother.

Remember how we celebrated her would-be 91st birthday in January? That means she was 37, almost 38, when I was born. She wasn’t a teenager like I’d always suspected. She wasn’t even a young 20-something. She was middle aged with teenage sons.

My new aunt was most anxious to share the discovery with her brother, but a whirlwind of emotion made it difficult for me to think coherently. Part of me wanted to yell, “Wait!” while I tried to process this new reality. But this was no longer just my story. Actually, it never was just my story—a truth that I’ve tried very hard to be mindful of. She didn’t really need my permission to share the discovery, but she very kindly sought it out of consideration for my feelings. I concluded it would be best/better to receive such news from someone he knew, so I agreed.

I was not surprised to learn he’d been unaware of a pregnancy let alone a baby. The details painted a rather sticky, complicated, and unpredictable situation, just as one might expect when the end result is a secret baby left on the neighbor’s back doorstep. The reality was a scenario even this fiction writer found difficult to fathom.

As the story came together, I felt removed from the plot, as if it was someone else’s past being revealed. It was about “him” and “her” and “the pregnancy” and “the baby.” All third person. The surreal-ness soon faded into an understanding that it was my story. A story I’d been unaware of for 53 years.

I decided before embarking on this journey that I would not be upset by what I found, and I am not. It is what it is. And I’m okay with it.

Life is complicated and often messy. Decisions are made. Consequences follow. Time passes. Life goes on.

So what happened next? And what’s ahead? And the WHY? What’s the WHY to this entire journey? 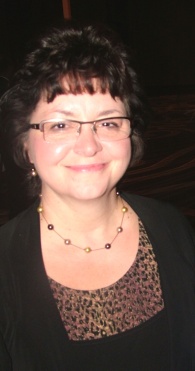 Beth is passionate about seeing GOD at work in the “slices” of every day life AND about the saving of sex for marriage. She believes strongly in accountability and mentoring and considers herself a cheerleader for “renewed waiting” too. Because SEX is worth waiting for. She’d love to hear from you! Comment here OR email her at waitingmatters@gmail.com. Connect with her on Facebook at Beth Steury, Author.

8 thoughts on “An Adoption Story: The Final Pieces of the Puzzle”