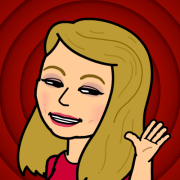 I’ve often wondered why women and girls color their hair. And why, increasingly, men and boys do too.

I’m not talking about covering gray with a color close to your natural one. I mean a drastic change, which I admit to making every couple of years now. It didn’t start until long after I graduated from college, because it simply looked like too much work, when I already had a perfectly serviceable color. (Why do girls as young as middle-school age start altering their hair color–and why do parents let them? That may be a topic for another day.)

Highlighting, frosting/tipping, stripes of another color, all-out bleaching, Vampira black, and that burgundy color that’s found nowhere naturally on a human head. I personally haven’t tried them all, but they are so common that most of us don’t take a second look any more.

I tend to change color when: something major in my life such as employment, where I live, or a relationship changes; I feel my true personality isn’t reflected by my hair color; or I simply want to do it for fun.

I’ve been Marilyn Monroe blonde–short too. Was told I looked like Madonna, which I didn’t care for. I’ve been a fiery redhead when I had anger and aggression issues (no offense intended toward redheads). And when I wanted to look exotic or ethnic like Sophia Loren or the Native American women I saw on a trip to Santa Fe, I chose a dark brown.

So maybe I like playing a character when life becomes a little too ordinary or other changes get me down, and I use hair color to do it. I may even change color to become one of my characters in a future novel. Other writers, when attending writing events, deck out in costumes depicting their chosen genre. Some of my wonderful fantasy-writing friends enjoy wearing elf ears.

And there’s nothing wrong with us. Really.

Do you use hair color, makeup, dress, or anything else to escape from the ordinary or play a character from a book?

13 thoughts on “Hair Color of the Character That Bit You”